What does bad egg mean?

a bad or dishonest person

Murray: What does he mean, chicken?

Jemaine: Well, you know… what came first the chicken or the egg?

Bret: Well, then where’d the chicken come from?

Murray: Well it came from the… oh.

Murray: You’re the egg. You’re a bad egg. You’ve derailed this meeting with another obscure comment.

Dennis: But anyone who says there’s no such thing as a bad egg obviously hasn’t worked in social services.

Willy Wonka: She was a bad egg.

Willy Wonka: Where all the other bad eggs go: down the garbage chute.

Mr. Salt: Oh, the garbage chute. Where does it lead to?

Willy Wonka: To the furnace.

Mr. Salt: The furnace! She’ll be sizzled like a sausage.

Willy Wonka: Well, not necessarily. She could be stuck just inside the tube.

Mr. Salt: Inside the… Hold on! Veruca! Sweetheart! Daddy’s coming!

Willy Wonka: There’s gonna be a lot of garbage today. 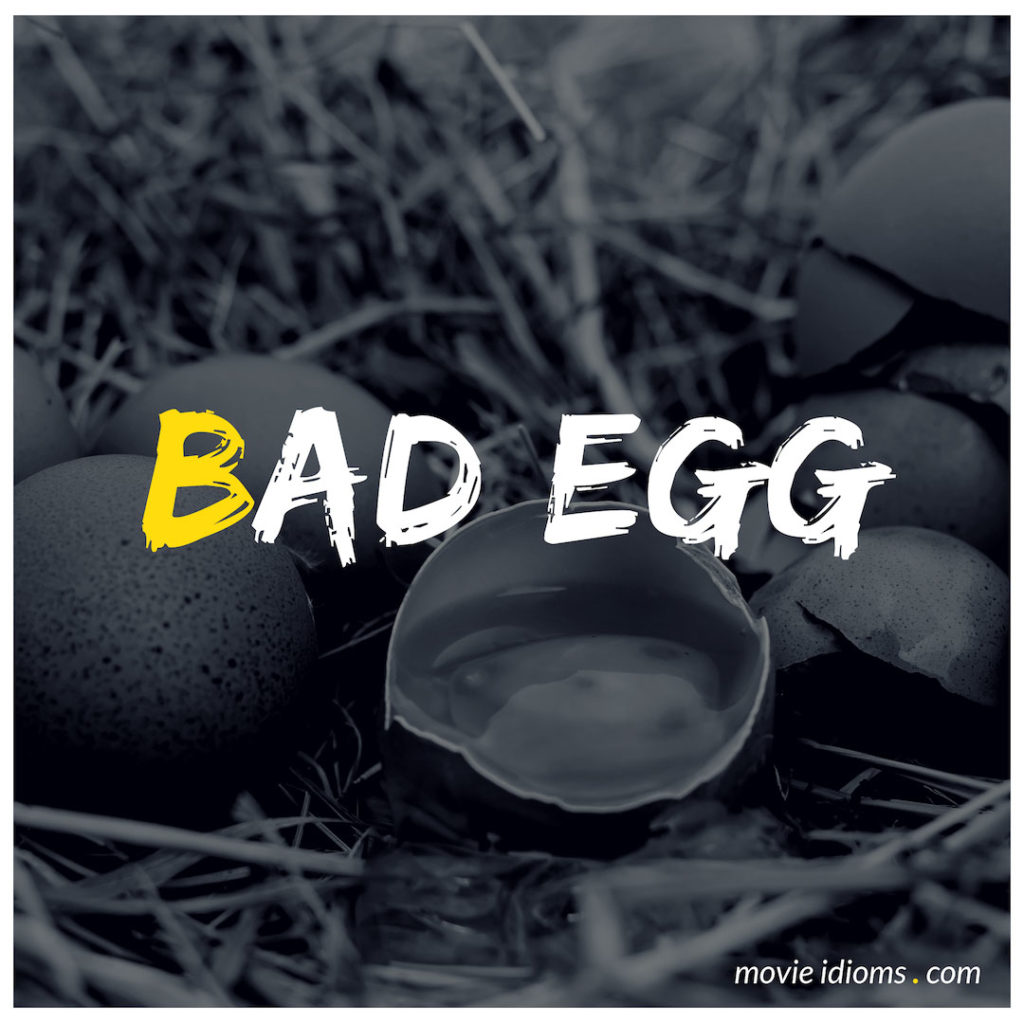 I just like the valuable info you provide in your articles. I will bookmark your weblog and check once more here frequently. I am moderately sure I will be told lots of new stuff right right here! Best of luck for the following!

The Simpsons "When Flanders Failed" (1991) The fly was funny, but the booger was the icing on the cake. — Homer Simpson
Saw (2004) Rise and shine, Adam. You’re probably wondering where you are. I’ll tell you where you might be. You might be in the room that you die in. — John
The Faculty (1998) The jock can be smart, the ugly duckling beautiful, and the class wuss doesn’t have to live in terror. The new girl, well, the new girl she can just fit right in with anybody. — Marybeth
Close
Menu
wpDiscuz
1
0
Would love your thoughts, please comment.x
()
x
| Reply