What does brownie points mean?

rewards for a good deed

Kevin Harnisch: Thanks, Mr. Lipschitz! Can I have some extra brownie points?

Albie Kinsella: The bizzies. The politicians. We go to the match. They march us along. They slam us against walls, they treat us like scum. We look for help. We’re Socialists. We’re trade unionists and we look to the Labour Party for help. But we’re not queers. We’re not black. We’re not Paki. There’s no brownie points for speaking up for us so the Labour Party turns its back. We’re not getting treated like scum any more. We’re getting treated like wild animals. And, yeah, one or two of us start acting like wild animals and the cages go up and ninety-six people die. The bizzies, the bourgeois lefties… they caused Hillsborough. And they’re going to pay.

Agent Caitlin ‘Kate’ Todd: You were a boy scout?

Agent Caitlin ‘Kate’ Todd: What did they kick you out for? 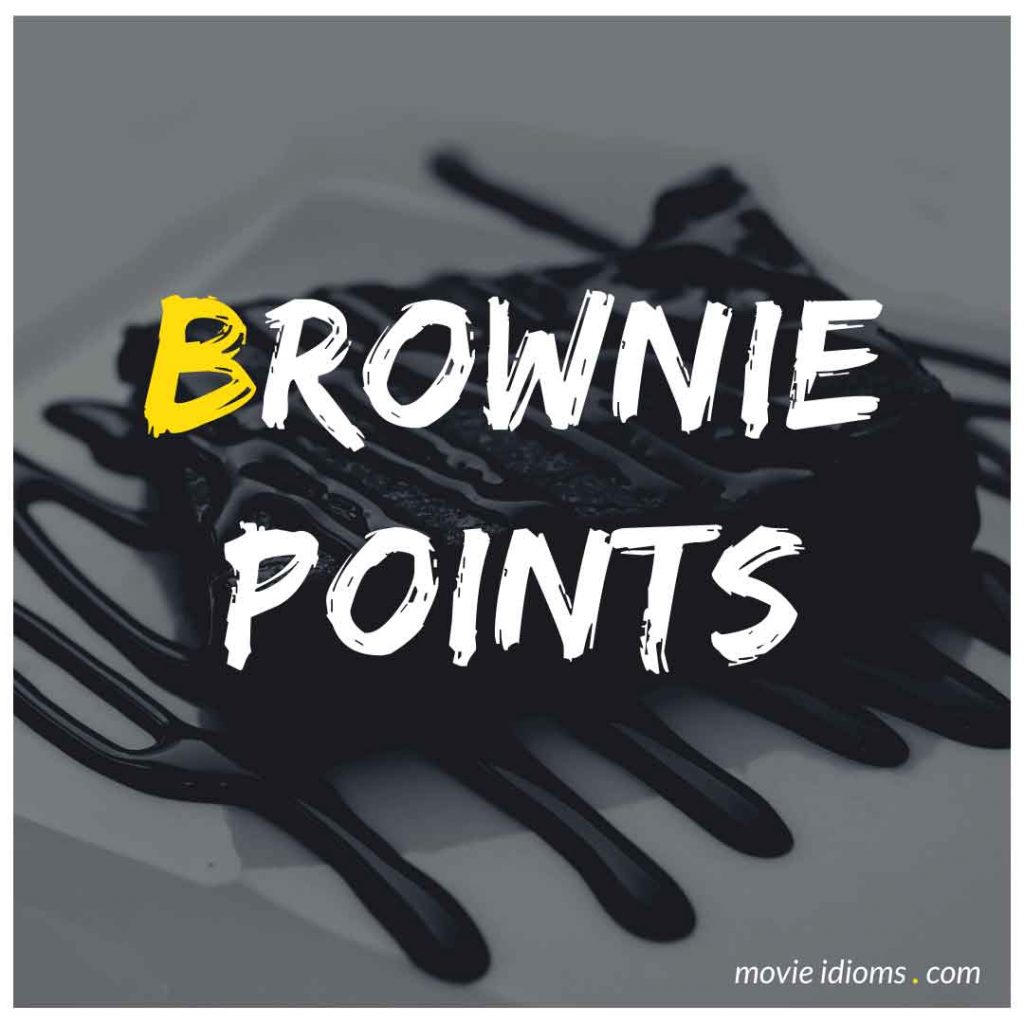 NCIS "Legend" (2009) Beaver. Eager beaver. Not platypus. Why does that bother me so much? Don’t answer that. — Special Agent Anthony DiNozzo
Finding Nemo (2003) Hi there. From my neck of the woods, eh? Sorry if I took a snap at you at one time. Fish gotta swim. Birds gotta eat. — Nigel
Grey's Anatomy "Take it Back" (2014) We are too often letting our personal lives disrupt our work. None of us are guilt-free. Myself included. Now, HR have recommended a clear, zero-tolerance policy. — Dr. Owen Hunt
Close
Menu
wpDiscuz
0
0
Would love your thoughts, please comment.x
()
x
| Reply