What does lay down the law mean?

tell people what to do in a forceful way

Piscano’s Brother-in-Law: You gotta lay down the law. Otherwise they’re gonna make a fool out of you.

Artie Piscano: They’re not gonna make a fool out of me. I write it all down in this book. Every fucking nickel, it goes down right here. Receipts, bills, everything’s here.

Piscano’s Mother: Hey, oh, ah! What’s the matter with you? Since when do you talk like that?

Artie Piscano: I’m sorry. Nance gives me trouble, and I’ll tell him, screw around with those suitcases and I’ll take the eyes out of his freakin’ head.

Bike Scout Trooper #1: Waiting for confirmation to continue into town.

Operator: That’s a go to proceed, but I advise you to double-check. The Moff just touched down and already took out a squad of local troopers.

Bike Scout Trooper #2: Did he just say that Gideon killed his own men?

Bike Scout Trooper #1: Oh, who knows? These guys like to lay down the law when they first arrive into town. You know how it is.

Fritz Howard: Sometimes the only way to deal with a control freak is to lay down the law.

Fritz Howard: Which is why I’m saying I wanna be married by the end of January or February of next year at the latest. And the next time we talk about it, you better have a date in mind. 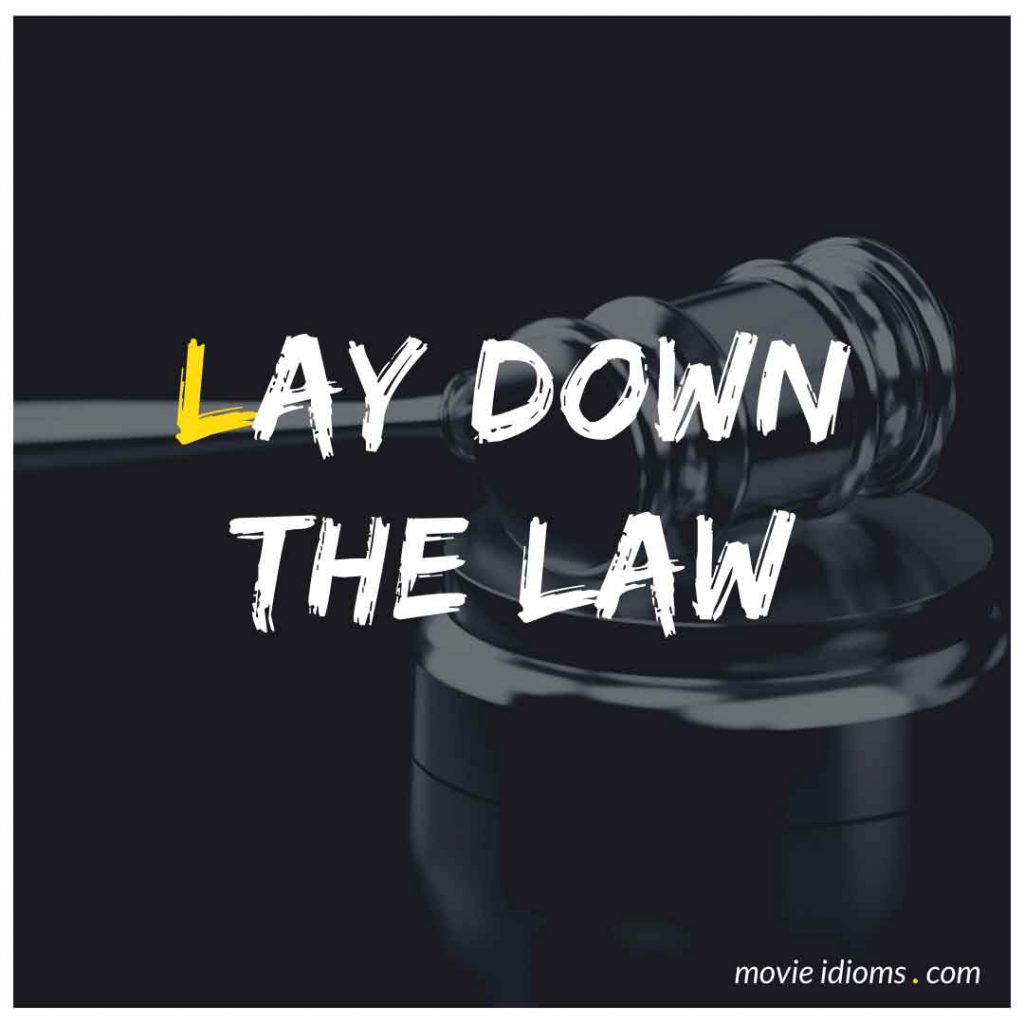 Scent of a Woman (1992) There are two kinds of people in this world… those who stand up and face the music, and those who run for cover. Cover is better. — Lt. Col. Frank Slade
The Walking Dead "Cherokee Rose" (2011) My point is it lets you off the hook. You don’t owe us anything. — Rick Grimes
Pretty Woman (1990) Let’s watch old movies all night. We’ll just veg out in front of the TV. — Vivian
Close
Menu
wpDiscuz
0
0
Would love your thoughts, please comment.x
()
x
| Reply