Robert Crawley: Are you really telling me that all the money is gone?

Robert Crawley: I won’t give in, Murray. I’ve sacrificed too much to Downton to give in now. I refuse to be the failure. The earl who dropped the torch and let the flame go out.

George Murray: I hate to state the obvious, but if there’s not enough money to run it, Downton must go unless you break it up and sell it off piece-meal.

Mufasa: Don’t turn your back on me, Scar!

Scar: Oh, no, Mufasa. Perhaps you shouldn’t turn your back on me.

Mufasa: Is that a challenge?

Scar: Temper, temper. I wouldn’t dream of challenging you.

Zazu: Pity! Why not?

Scar: Well, as far as brains go, I got the lion’s share. But when it comes to brute strength, I’m afraid I’m at the shallow end of the gene pool.

Musicians: Is more than I can bear. There goes my reputation. It’s awful, this humiliation. And I’ve the lion’s share. 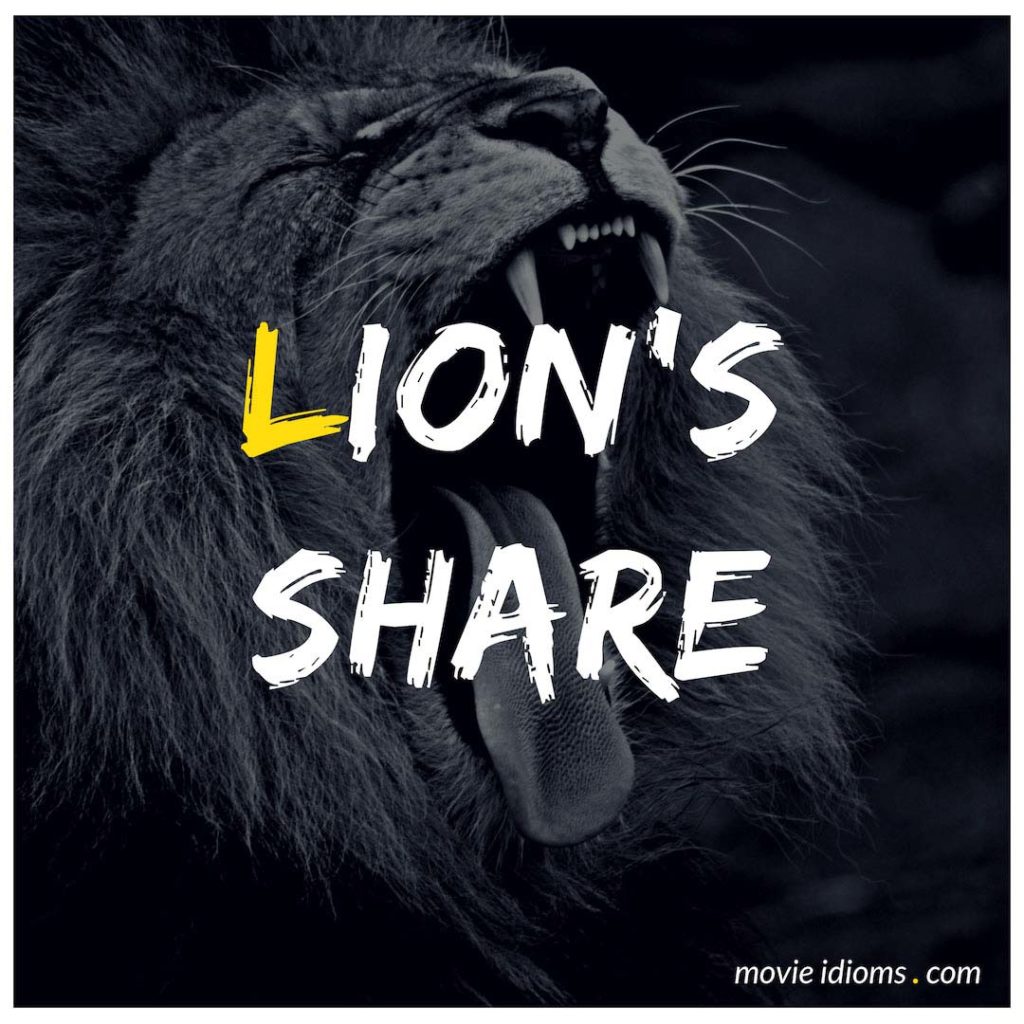 Glee "Bad Reputation" (2010) Just calmly pour yourself a cup of joe and focus. Wait, what’s that smell? Dear god, that’s coffee. — Sue Sylvester
In the Loop (2009) Oh shit. I haven’t let the cat out of the bag, have I? Please, don’t run with that. My reputation will be in tatters. — Malcolm Tucker
The Faculty (1998) The jock can be smart, the ugly duckling beautiful, and the class wuss doesn’t have to live in terror. The new girl, well, the new girl she can just fit right in with anybody. — Marybeth
Close
Menu
wpDiscuz
0
0
Would love your thoughts, please comment.x
()
x
| Reply