What does you can say that again mean?

Rhino: That is totally unrealistic.

Mittens: You can say that again.

Face: Boy, C.J. Mack. I wore out three copies of his ‘Blood Simple’ album when we were in ‘Nam.

Murdock: You can say that again, brother, for right in the middle of the blood and the guts and the noise, you could hear the reasuring sounds of C.J. Mack. And Blood Simple was practically the common soldier’s anthem.

Mark: Yeah, man, you’ll never know. People are very strange these days. I used to know a girl; she had a dozen guys. One of them found out about it. Beat her up so bad she ended up at a hospital on Guerrero Street.

Mark: Yeah, you can say that again.

Johnny: I’m so happy I have you as my best friend. And I love Lisa so much.

Submit You Can Say That Again Idiom Examples 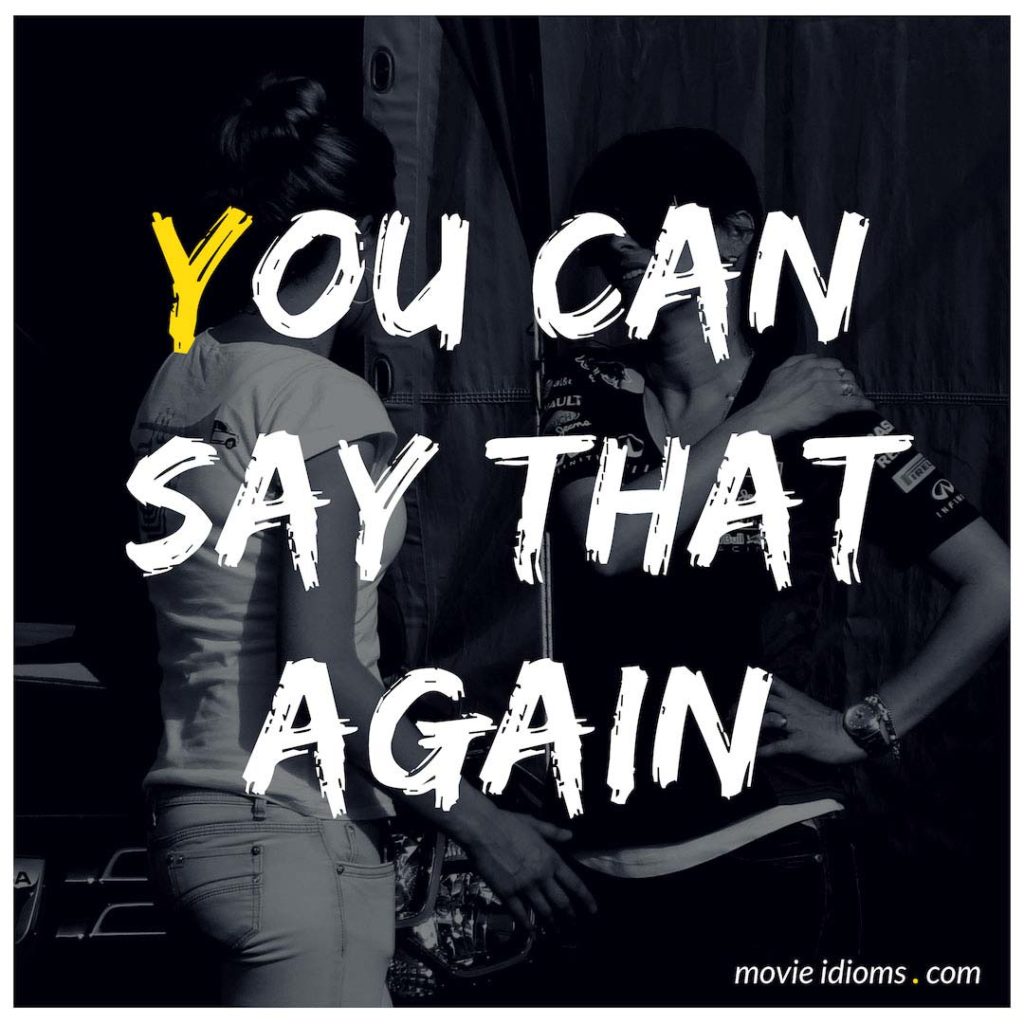 Glee "Bad Reputation" (2010) Just calmly pour yourself a cup of joe and focus. Wait, what’s that smell? Dear god, that’s coffee. — Sue Sylvester
In the Loop (2009) Oh shit. I haven’t let the cat out of the bag, have I? Please, don’t run with that. My reputation will be in tatters. — Malcolm Tucker
Law & Order: Special Victims Unit "Shadow" (2010) Stop showing off. Bring her down for murder and I’ll back your play. But screw the pooch and I’m going to let the crap roll downhill. — Chief of Detectives Muldrew
Close
Menu
wpDiscuz
0
0
Would love your thoughts, please comment.x
()
x
| Reply