What does call a spade a spade mean?

say the truth about something even if it may be impolite

Miss Fisher’s Murder Mysteries “Away with the Fairies” (2012)

Phryne Fisher: Now tell me, Jack, does that new furrow in your brow have anything to do with kissing me the other night?

Detective Jack Robinson: I didn’t kiss you. I was trying to protect you.

Phryne Fisher: All in the line of duty?

Detective Jack Robinson: You were looking a gunman in the eye and I had to distract you. I’m sorry if you think I took a liberty.

Phryne Fisher: Jack, You kissed me. Let’s call a spade a spade.

Detective Jack Robinson: You kissed me back.

Phryne Fisher: And I’m not here to apologize.

Angry black woman: Are you sayin’ the Democratic Party don’t care about the African-American community?

Sen. Jay Billington Bulworth: Isn’t that obvious? You got half your kids are out of work and the other half are in jail. Do you see any Democrat doing anything about it? Certainly not me! So what’re you gonna do, vote Republican? Come on! Come on, you’re not gonna vote Republican! Let’s call a spade a spade! I mean, come on! You can have a Billion Man March! If you don’t put down that malt liquor and chicken wings, and get behind someone other than a running back who stabs his wife, you’re never gonna get rid of somebody like me!

Billy: She passed away.

Irving Zisman: Well, it’s not so sad. She was kind of a bitch, but yeah. 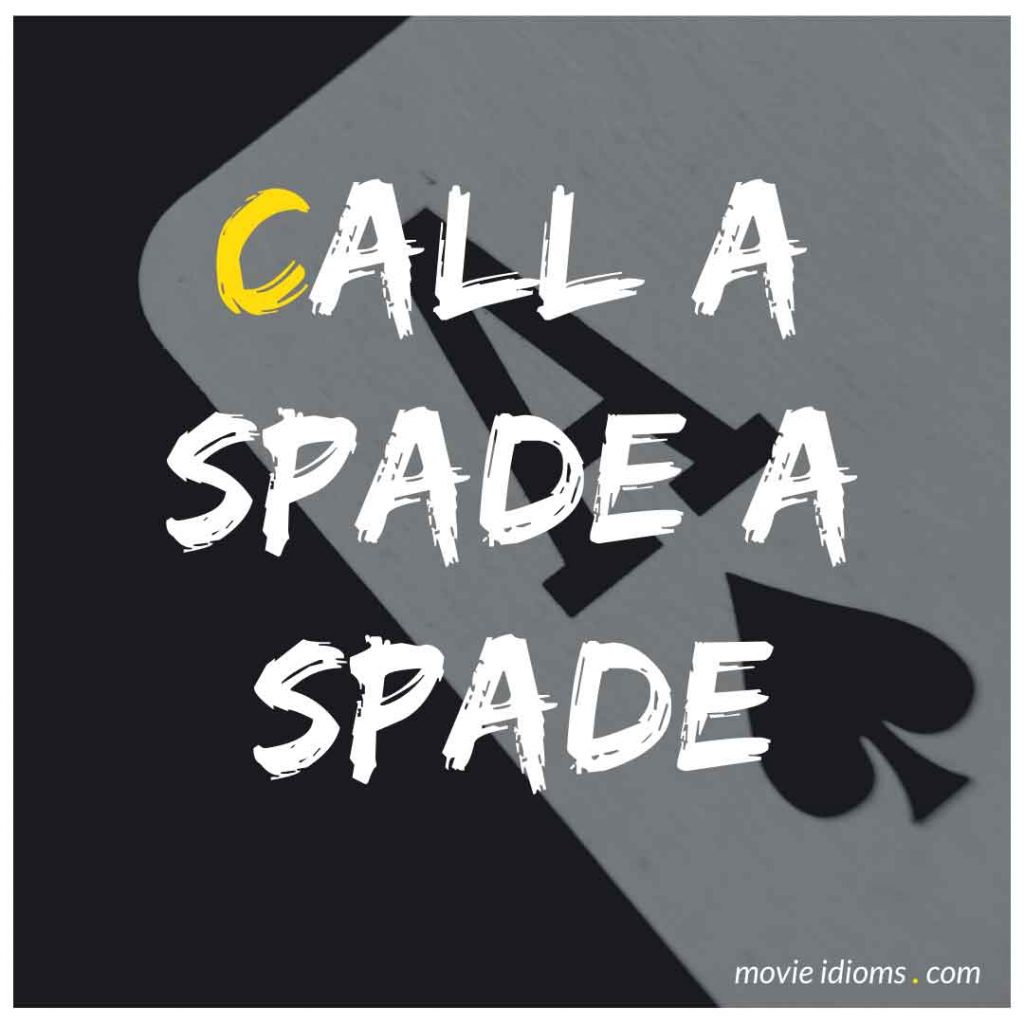 Live Free of Die Hard (2007) Will you just take a minute and dig deep for a bigger set of balls ’cause you’re gonna need ’em before we’re through. — Lucy McClane
Dexter "Practically Perfect" (2010) The way it’s going, I don’t think Mary Poppins would make the cut. — Dexter Morgan
Hitch (2005) Have you ever met someone, and you knew right away she was gonna be important to you? Not just because of her looks, but you know, that X factor? — Vance
Close
Menu
wpDiscuz
0
0
Would love your thoughts, please comment.x
()
x
| Reply